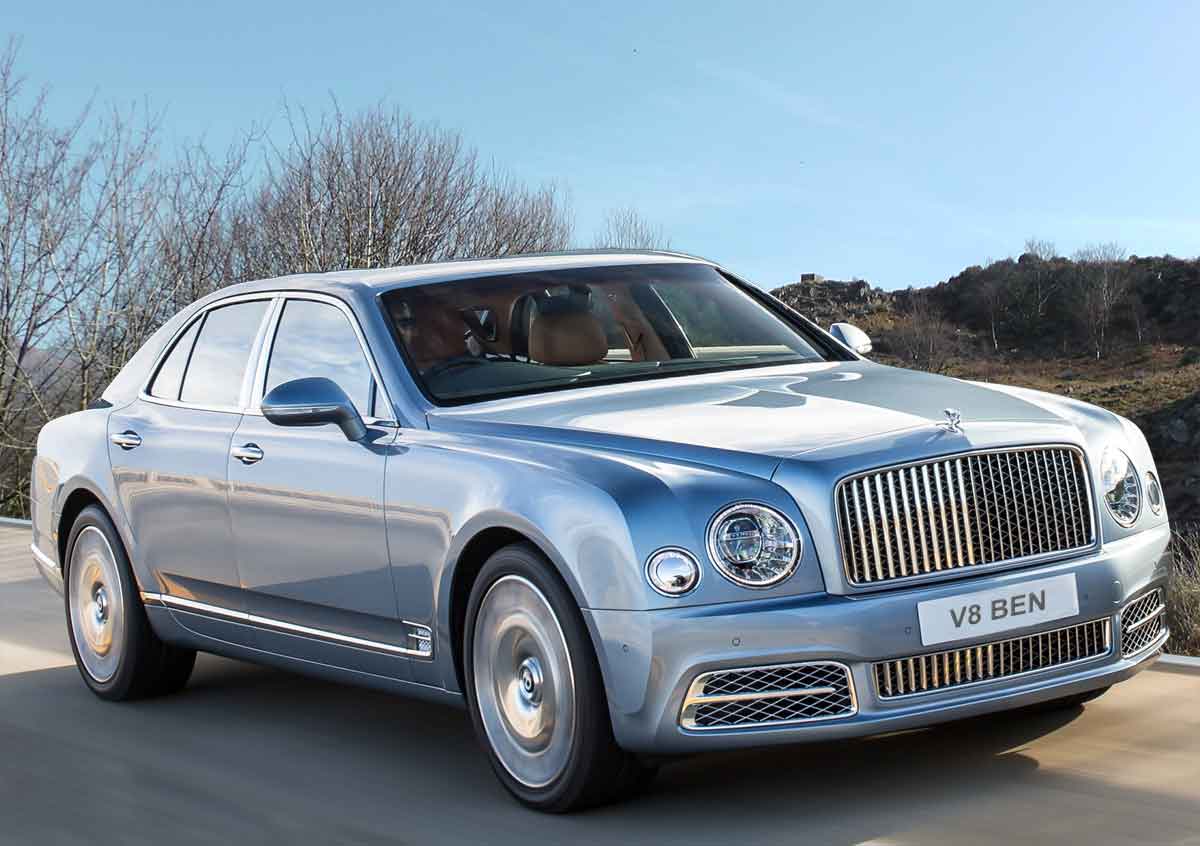 The Bentley Mulsanne was named after a fast straight, leading to a corner, on the Le Mans racing track, and is a nod to the successes that earlier Bentleys had there, when for many years they practically dominated the 24 hours race. Perhaps it wasn't the most appropriate name to pick however because a car more different from a stripped down open racing car could not be imagined.

Launched in 2010, this is one very big (think 2 1/2 tons) and luxurious car with masses of space in the back for two passengers in sumptuous luxury, or three at a pinch.

Both designed and built at the company's plant in Crewe; the first time that this had happened since the 1930s; this is a car that has had no expense spared. Each car took between nine and twelve weeks to assemble. The interior has benefited from superb craftsmanship; for instance, trimming the seats by hand took about 150 hours of work; and even the Bentley Logo which is stitched into each seat required over 5000 stitches! There is an abundance of leather, and polished real wood.

This is not just a luxury country house living room on wheels however. The engine is based on the trusted 6.75 litre V8 which, helped by twin turbos, generates 505 brake horsepower and can propel the car from a standing start to 60 mph in a whisper over five seconds, with a top speed up to 184 mph. Not bad for a huge car like this!

Officially Bentley claim a fuel consumption of 19 mpg overall. Whilst this may be theoretically possible anyone who tries to use the performance of this car to it's full capabilities will have a great problem getting anywhere near this but let's face it; it is after all 2 1/2 tons of pure luxury so anyone who can afford to buy it should be able to afford a few extra gallons of petrol!

It is no coincidence that the car was first launched at the California Pebble Beach Concours D'Elegance classic car show; the biggest global market for Bentleys is The United State,s and California is the state that buys the most of them. So, the Mulsanne was aimed squarely at millionaire American buyers who were looking for real British quality. And this car has it in buckets full.

The Mulsanne has gone throgh many incarnations since 2010 with production ending in 2020.