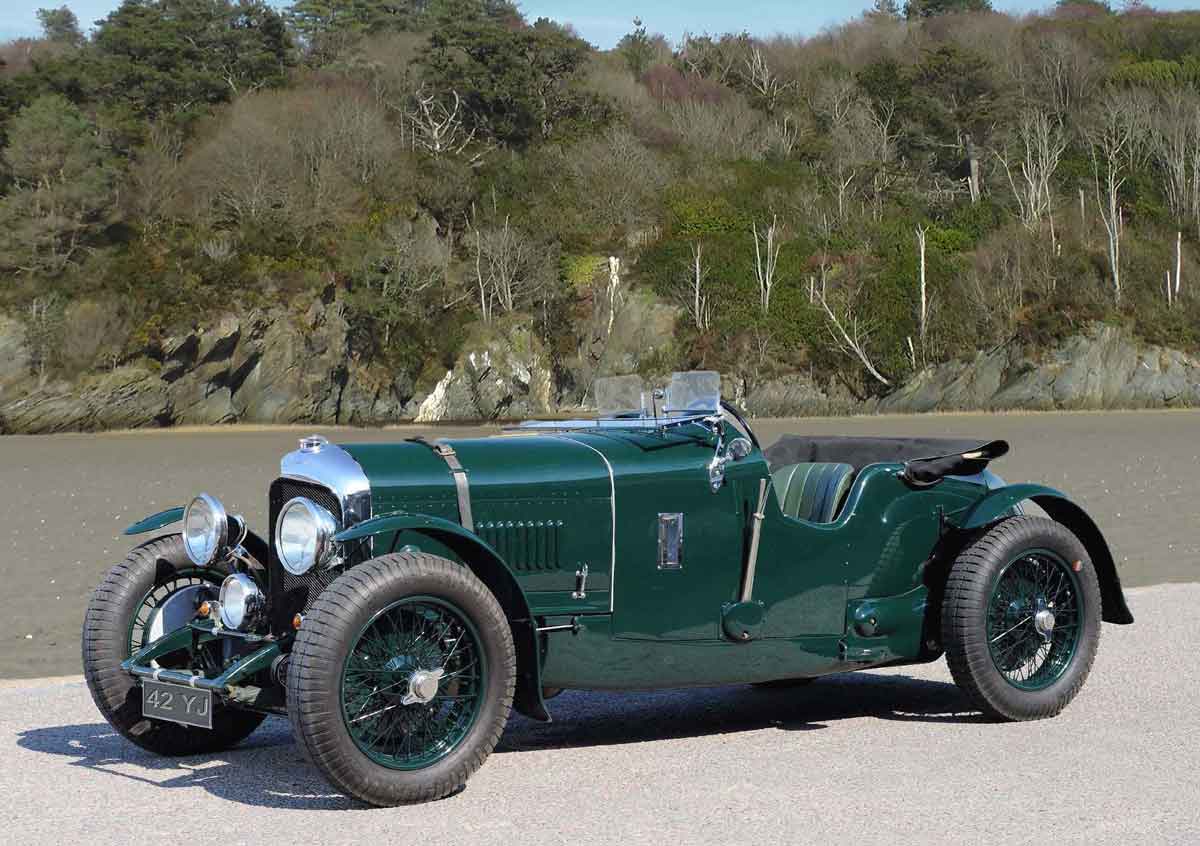 By 1926 Walter Owen Bentley had lost a small fortune building, racing and selling his cars. His belief that racing success would lead to commercial success as well didn't work out quite as he expected. Fortunately one of the 'Bentley Boys', a financier called Woolf Barnato, stepped in with enough money to keep the company going. The downside though was that W.O. lost overall control of the company.

Barnato's father had a colourful career and he made a fortune on the South African diamond mines; and upon his death (in, some say, murky circumstances) Wolf gained a considerable inheritance. He ploughed some of this into the company, meaning that W.O. had to take a back seat.

However the extra money meant that a new car could be developed, and the 4.5 litre was the result.

By 1927 the 3 Litre, which had reigned supreme at Le Mans for so long, was started to look dated and underpowered. A newly developed 6.5 litre engine was considered at first but a big heavy engine needed a big heavy chassis to carry it. Tyre development was still in it's early stages and the combination of the weight of this huge engine and it's power were just too much for racing purposes. A compromise had to be found and a 4.5 litre straight four-cylinder engine was decided on.

This was capable of producing 110 brake horsepower giving a top speed of just under 100 mph. Despite it's weight it steered well and it was nimble; with handbuilt bodies it looked the part as well. In 1928 one of them driven by Wolf Barnato and Bernard Rubin took first place yet again at Le Mans and in 1929 Bentley's came in second and third. Despite these racing successes some of the Bentley Boys felt that the 4.5 Litre could be improved even further by fitting a supercharger. One of them, Henry Birkin, persuaded Barnato to build it despite W.O's protests; he felt that it was a step too far and would adversely affect the cars reliability. He was right. Not only was the car more prone to mechanical breakdown but the weight of the blower on the front of the engine made it less stable and increased understeer. The car never actually won a race although a number of speed records were achieved.

By the time production ended in 1931 about 720 4.5 Litres were sold. 55 of these were 'Blower Bentleys'; despite their lack of racing success their relative rarity has ensured that they have an extremely high value now on the few occasions when they come up for sale.

Next: The Speed Six