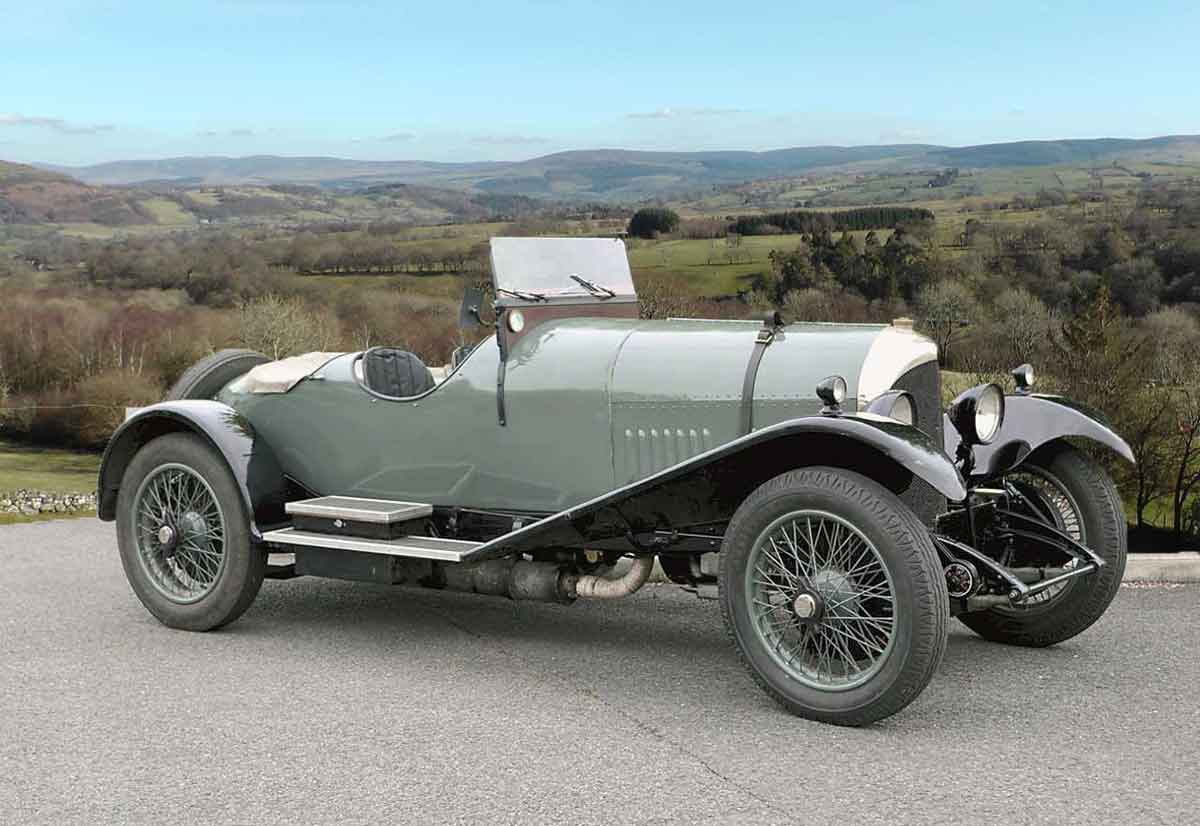 Walter Owen Bentley (commonly known as just W.O.) was a superb engineer. As a businessman though he was, to put it kindly, out of his depth.

He was born with a silver spoon in his mouth, as the son of a prosperous retired businessman, who paid for an expensive engineering apprenticeship which fired a love in him of all things mechanical. In his early 20s he raced motorcycles, competing in two Isle of Man TT's, and then with his brother he formed a company importing and selling cars made by a French company called DPF. He wasn't very impressed with the engines this company produced, and in particular he felt that the cast-iron pistons would be better replaced with ones made from aluminium alloy. He had some made and a car fitted with these raced at Brooklands just before World War One, establishing several track records.

When the war started he used his knowledge and experience to design engines for aircraft; these again had aluminium pistons to replace the cast-iron or steel ones currently in use, which not only gave better performance but also a decrease in weight, which is very important of course in a flying machine. For his work he was awarded the MBE and a substantial cash award.

After the war he and his brother decided to build cars and his first one was the 3 Litre. This was sold as a 'running chassis' as most cars were at the time; the company provided the engine, chassis and all the running gear leaving the buyer to decide on a choice of bodywork. This could be provided by Bentley themselves or by any other suitable bodywork builder. This was a big heavy car with a straight four-cylinder engine producing 70 brake horsepower in untuned format and it was fast; a Super Sports Model could reach 100 miles per hour. It swiftly became the favourite racing car of a group of rich young men who took the car to numerous successes, and collectively they became known as the 'Bentley boys'.

The Bentley 3 Litre, in open trim, dominated the French 24 hours Le Mans race with victories in 1924 followed by three consecutive victories in 1927, 1928 and 1929, as well as many other races including the Indianapolis 500. The sheer reliability of the car was a major reason for it's success.

An embittered Ettore Bugatti watched as success was being torn from him; and he publicly labelled the Bentley 'the fastest lorry in the world'.

All of this racing success really put the Bentley 3 Litre in the public eye and by the time that production ended in 1928 over 1600 had been sold.

Building racing cars however is a very expensive hobby! W.O. always believed that racing success would bring more buyers and ensure profitability but there is more to business than that. His own fortune was disappearing quickly and financial issues were starting to get serious .........